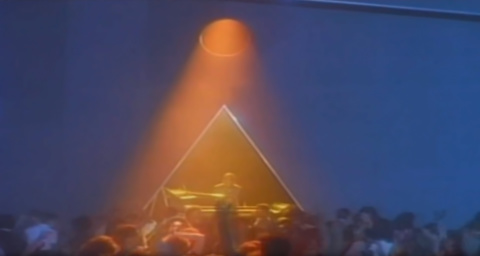 On the morning of April 22nd 2018 I woke up with the melody from the song ‘Part-Time Lover’ by Stevie Wonder constantly looping in my mind for no immediately apparent reason. Literally, I opened my eyes and this melody was playing in my mind.

It was strange that I would wake up that morning with that melody playing in my mind, while I wasn’t even thinking about it in the days and weeks prior to that. Later when I got behind my computer the first thing I did was search for all of the songs by Stevie Wonder on Google and YouTube and listen to them one by one until I found the one with the melody that I had in my mind.

It turned out to be the song ‘Part-Time Lover’ and looking at the lyrics, I began to understand why it might have been brought to my attention. Moreover, when I saw the official music video minutes later (embedded below), featuring the pyramid with the sun on top, it made even more sense.

The song is about the hypocrisy that’s prevalent in our current societies around the world, where most people are forcing themselves to live in exclusive relationships while they clearly can’t deal with the disadvantages that come with that. And specifically in this case, the fact that they have to spend most of their lives with a single person of the opposite sex while they eventually get bored and develop a strong desire for new experiences with other people. The result of that is all kinds of trouble and complications that automatically occur in those kinds of exclusive relationships, with partners often resorting to cheating on each other — which is what Stevie Wonder sings about and what you see happening in the above music video. To each other, and most of the outside world, such people pretend that they are OK with having just one (sex) partner in life, but secretly they’re having (multiple) affairs outside of their exclusive relationships (which may or may not include sex).

And if you pay attention you’ll notice that the music video also subtly shows that it doesn’t have to be that way when people would choose to be open and honest to each other, and would choose to acknowledge their true nature, instead of living according to the written and unwritten rules in society that prescribe a way of life that’s anti-nature. For example, at around 3:50 into the video you can see a man bringing flowers to another man’s wife at their home, and the other man handling that pretty well. In my view, that is close to what things would look like in a society where people were living more in line with universal principles of respecting the right to life, or in other words, living according to the principles of true love:

So if you truly love someone, you will never restrict them from being free and independent, even when it means the freedom for them to intimately spend time with other people; on the contrary you will allow them to be free human beings who’re able to give and receive love from as many people as they like. In fact, not only will you not interfere with, or restrict, their freedom in any way, but if you truly love them, you will even help them to stay free and independent whenever possible.

In fact, things would look even better than shown in the music video, because people who would choose to live according to their true nature would never tie themselves to a single partner in exclusive relationships. They would understand that it would limit not only themselves, but also the other person who they supposedly love. And true love doesn’t go together with interfering with another person’s freedom. So what we would have instead is a society of free individuals, living separately, and coming together whenever they want to spend time with each other, like I describe in my post ‘Relationships of the Future’. We would have a society consisting only of ‘part-time lusters’ — which is a much more accurate title for Stevie Wonder’s song.

The desire for new experiences — which is what we refer to as ‘lust’ (often confused with ‘love’ like in the case of this song) — is fundamentally programmed into us; it’s what makes the universe tick. Without lust, that is, without a steady stream of new experiences, there can be no learning, no growth, no change and no progress. I wrote about the details behind this in my post ‘The Cycle of Life’, and if you’re familiar with the information there, you’ll also have recognized the significance of the pyramid with the sun (or eye) which is prominently featured in the above mentioned music video (see the screen capture on top of this post). The producers of the music video were trying to tell you something important. 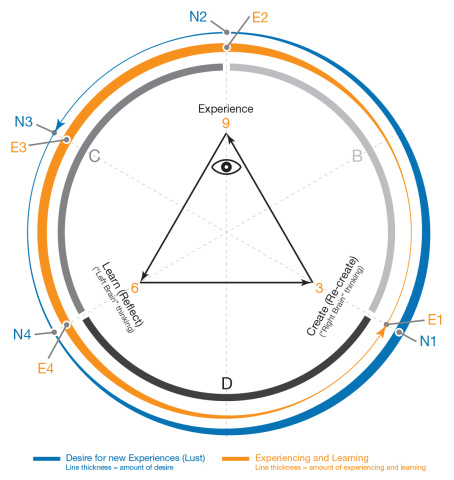 Read more about this in my post ‘The Cycle of Life’.

Most people in societies around the world have been so brainwashed (‘culturally conditioned’) to live against their true nature that they don’t know any other way of living. In fact, they’re often afraid to even think about or consider alternatives, even while they clearly suffer from an ongoing inner conflict, and all the issues caused by their current way of living. There are specific and very important and revealing reasons for why people are brought up with this kind of cultural programming, and I discuss these in my post ‘Sexual Suppression and Repression I: Definition and Origin’.

I understand that changing their views about ‘love’ and relationships can be quite difficult for someone who has been taught for most of their life that, if they want to experience ‘love’ and intimacy, they first have to tie themselves to another person and demand exclusivity before it can be considered moral and is approved by society. If that’s what you’ve known for most of your life, it’s going to be quite difficult to deprogram yourself from that thinking (difficult, but not impossible!). But the truth is that it’s actually that way of life that’s immoral, simply because it violates the universal right to life of everyone involved in such relationships. And although society would have you believe that limiting another person, demanding exclusivity from them (“loyalty”) and treating them as property is moral, natural and what it means to ‘love’ them, the truth is that it’s the exact opposite of being moral, natural and loving. 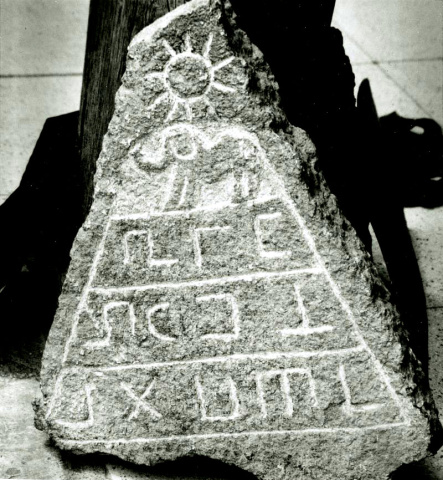 A stone artifact containing a pyramid with the sun. It turns out that ancient people knew a lot about how the universe fundamentally works. I discuss this in my post ‘The All Seeing Eye: A Symbol of Consciousness’.

From my own personal experience I can tell you that interactions with people from the opposite sex that are based on true love are the most rewarding, enjoyable and fulfilling. None of the constraints, obligations and issues that exist in the traditional kinds of relationships exist there, provided that you find a partner who is also mostly free from society’s sexual repression brainwash. But even if your partners aren’t, you’ll be in a position to deal with any resulting issues much more wisely and gracefully.

Personally I’ve been intimate with women who also had one or more other men who they were simultaneously intimate with, and had no problems with that on my end. Sometimes these women would even mention how they felt so comfortable and at ease while talking to me about other men that they loved (often while lying next to me in bed). Perhaps even more surprising to most people who might be reading this, there have even been times where I helped women I loved to spend more and better time together with their other partners. So not only am I not bothered by jealousy, but I’m way past that. In fact, I’m very glad when women have other choices and options, because ‘when they still choose to spend time with me while having others to choose from, I can be sure they really want to spend time with me out of their own free will and that they probably enjoy my company.’

I mention these things from my personal life not to brag, but to serve as evidence that all of this is possible because it might be difficult for most people to imagine and accept this as a possibility. It’s all simply a matter of fundamentally understanding what it means to truly love another person. And I admit that I myself didn’t understand this many years ago, but I learned from lots of research and (personal) experience.

My only requirements in the above mentioned cases is that any women that I get intimate with have to be single (i.e. not tied in any kind of exclusive relationship) because I don’t want to cause anyone to cheat on their partner(s) and don’t want to be the reason for them being dishonest. And again, if you pay attention to the above mentioned music video, you’ll also notice that they subtly try to show you that there’s a better way instead of cheating (subtly, because otherwise the producers probably would have gotten tons of criticism back then). This is one of the important reasons for why I avoid and ignore interactions with women who aren’t single. Usually when I notice that they might be interested in me, and if I’m also interested in them, I ask if they’re single and if not tell them to contact me again when they are. I make exceptions here only in cases where I knew these women before they later get into an exclusive relationship; in such cases I try not to ignore them too much (for their sake, not mine) but maintain certain boundaries.

Now having written all of the above, I’m not exactly sure why my subconscious and/or the universe chose to bring Stevie Wonder’s song to my attention, but I suspect that the reason was so that I could share all of the above with you. So perhaps go think about it, and should you have any questions or remarks, let me know in the comments below.

This entry was published on Saturday, April 28th, 2018 at 6:10 pm by Karel Donk and is filed under General Personal Takes on Life coincidences love sexual repression sexual suppression synchronicity true love. You can use the permanent link to bookmark and/or share it.