If, like me, you’ve wondered why all of our cultures, social institutions and ways of living together, have elements of slavery that are deeply, and indeed even fundamentally, embedded, then I hope you realize that this is because that’s how ‘civilization’ started many thousands of years ago, enforced on us by a specific extraterrestrial ruling class.

According to the bible, man was created specifically to ’till the land’ after the ‘gods’ who owned the land needed servants to do the work for them. That’s literally the reason why ‘Adam’ was brought into existence — to function as a slave laborer who had to serve and obey his masters or else get punished. ‘Adam’ was the first ‘husbandman’ which means ’tiller of soil’ and ‘bound/confined to the land’, just like the slaves of more recent history who were also not allowed to leave their plantations and had to obey and serve their masters.

‘Garden’ of Eden; ’tiller of soil’; get it? ‘Adam’ was a slave farmer working on his master’s ‘garden’ AKA plantation. 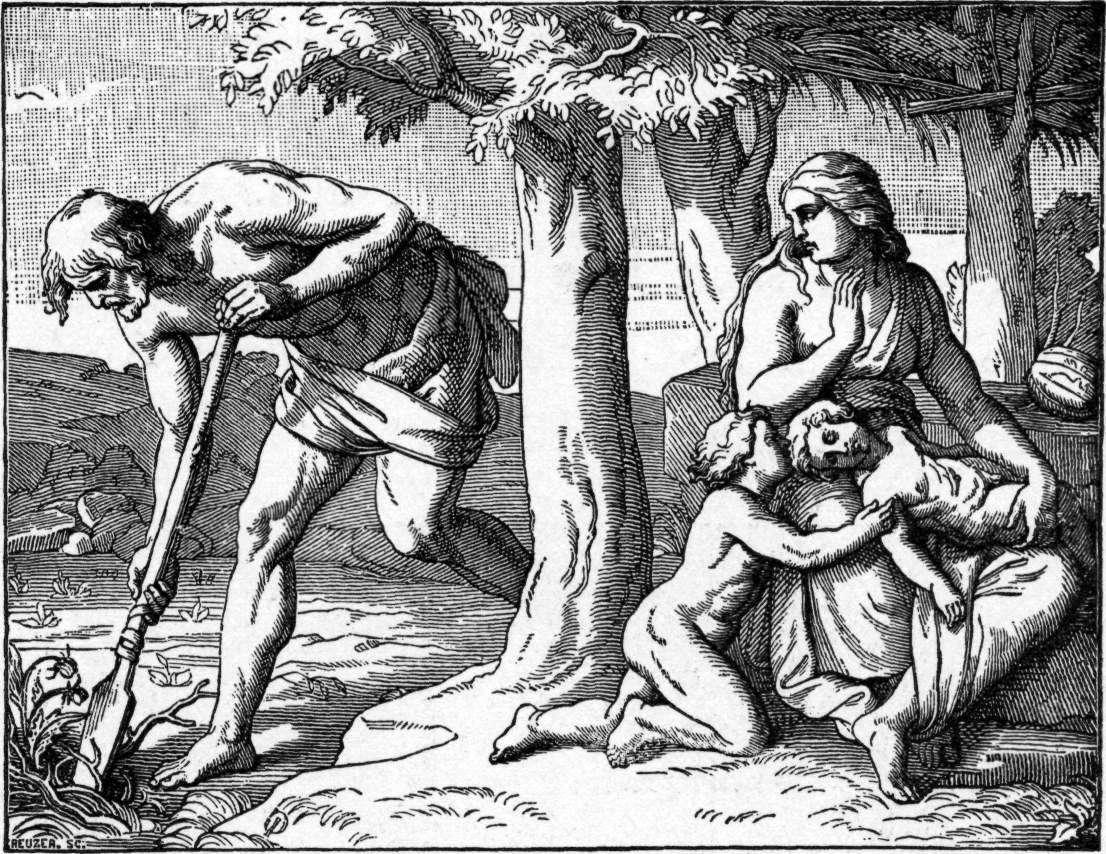 To help motivate ‘Adam’ to do the work, sexually repressed women were brought into existence, and kept separate and divided from him as much as possible, to keep reminding him that he needed to work his ass off every day in order to (continue to and/or be allowed to) have access to their pussies. No work done for the owners of the plantation means no money, no social status, and thus, no pussy. Yes, money actually came into existence as a token representing work done on the land that could be exchanged for access to sex; no produce literally meant no money and thus no pussy. I’m sure you’re able to see how that explains certain female behavior and social mechanisms around the world today.

Just like ‘Adam’ was owned by the owners of the land that he was obligated to slave away on, ‘Adam’ also owned his wife. A wife is listed as one of the possessions of a man in the bible; this is also where the concept of ‘marriage’ comes from, which has become a socially accepted term for what was a transfer of ownership — a sales transaction — in the past, where the women were sold by their fathers to their new owners or ‘husbands’. Yes, in the bible and many cultures, the term used for ‘husband’ actually means ‘owner of a wife’.

In case you’re not quite convinced that the wife is the property and slave of her husband, keep in mind that the word ‘family’ originally meant ‘the slaves in a household’. So not only is the wife the husbandman’s property and slave, but so are his children — all property of the head of the household of slaves, called ‘husband’, who is himself a slave to the owners of the land that he’s confined to and obligated to work on.

This is the exact same situation that we have today, with the plantations now being called ‘countries’ filled with ‘families’ that are literally ‘households of slaves’ that are confined to their land, having to work there (‘earn a living’, ‘paying their dues’ AKA ‘taxation’ which is robbery, extortion and slavery) and being exploited on a daily basis.

And just like how ‘The Garden of Eden’ was a slave plantation that was sold to the slaves as being a ‘garden’ or ‘paradise’, a place so ideal and beautiful that it was a true privilege to live there, so too are the slaves of today being brainwashed to be patriotic, to love and serve their plantations (AKA ‘countries’), and to actually desire and defend their own enslavement.

This entry was published on Wednesday, December 18th, 2019 at 2:12 pm by Karel Donk and is filed under Law Politics Religion Science Takes on Life freedom love marriage relationships sexual repression sexual suppression slavery statism. You can use the permanent link to bookmark and/or share it.